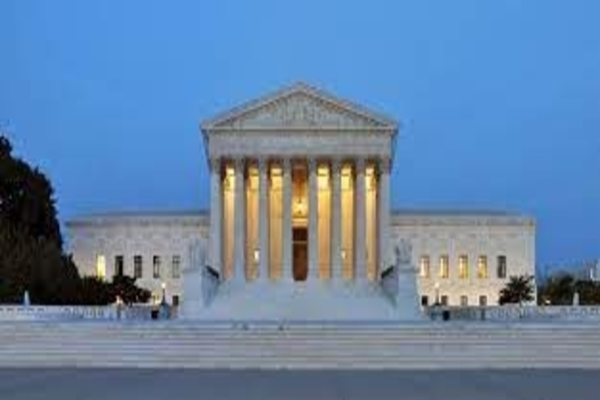 (breitbart) – HuffPost, the left-wing news website, published an article claiming that it was “racist” for Supreme Court Justice Samuel Alito to note the view that abortion is aimed at suppressing the black population in his draft opinion overturning Roe v. Wade .

The leaked draft, which was published by Politico last week, reportedly represents a 5-4 majority in the case of Dobbs v. Jackson Women’s Health Organization, concerning a Mississippi law restricting abortions after 15 weeks of pregnancy.

In a footnote on page 30 of the draft opinion, Alito refers to some amicus curiae (“friend of the Court”) briefs by pro-life groups that assert that there is a racist history to the pro-choice movement, which has its roots in the eugenics movement.

Other amicus briefs present arguments about the motives of proponents of liberal access to abortion. They note that some such supporters have been motivated by a desire to suppress the size of the African American population. … And it is beyond dispute that Roe has had that demographic effect. A highly disproportionate percentage of aborted fetuses are black.

The May 5 HuffPost article these views as if they were Alito’s own, but he is citing amicus briefs, not stating his own opinion.

Alito’s supposed view, HuffPost says, is racist, because it assumes black people have no agency in abortion decisions:

The idea that abortion is a secret tool for Black genocide has been pushed by anti-abortion activists and conservatives for years. Latching on to the statistic that the abortion rate for Black people is higher than any other racial group, activists have peddled the idea that pro-choice and reproductive rights are all part of a secret plot to reduce the Black population.

“It’s a false thing to say and it’s grounded in racism and white supremacy,” said Marcela Howell, the president and CEO of In Our Own Voice, a reproductive rights organization focused on Black people.

The argument suggests, Howell explained, that Black people “have no agency over our lives. We fell victim to Planned Parenthood and other people telling us to abort our children and commit genocide.”