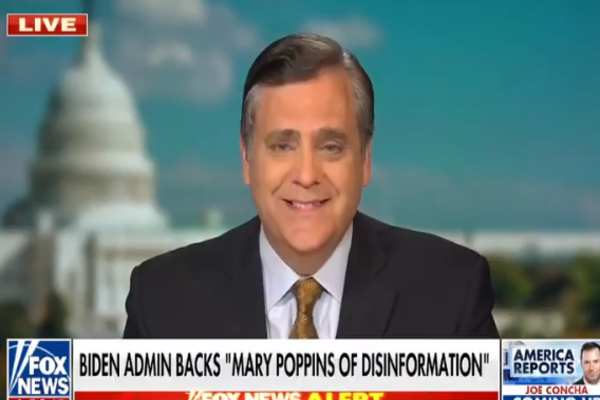 Turley said the Biden administration tabbing “one of the most outspoken critics of free speech” to police what it deemed “disinformation” was “telling.” He argued that President Joe Biden was “arguably the most anti-free speech president since John Adams.”

“I think it’s telling that the Biden administration went out and recruited one of the most outspoken critics of free speech,” Turley stated on “America Reports.”

“[M]y expectation is that they are going to now try to minimize this group,” he added. “But what is really important about this is that she is pitch-perfect for the Biden administration. I mean, President Biden, I’ve said before, is arguably the most anti-free speech president since John Adams. I mean, the record of this administration is chilling. And they went out and found this individual who has been a huge advocate for corporate and public censorship, has a distinctly anti-free speech view, and that’s what’s so troubling when the secretary says she has a long background here. Well, it’s the wrong background. It’s like saying a book burner has a background in literacy. Yeah, he works with books, but that’s not the background you’re looking for.”