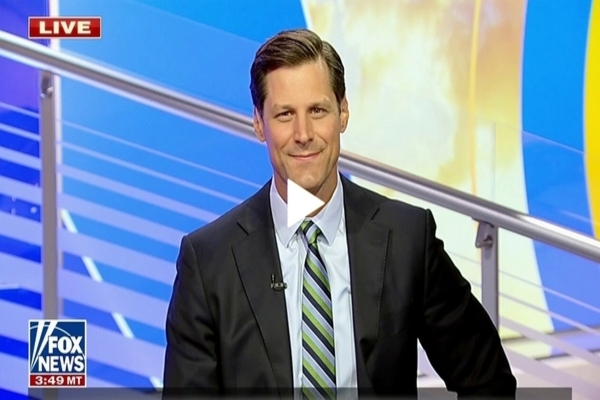 FIRST ON FOX: Nearly 100 House Republicans signed onto a letter to House Speaker Nancy Pelosi, D-Calif., calling on her to hold President Biden accountable for his $500 billion student debt handout.

Georgia Republican Rep. Jody Hice led the spicy letter with 93 of his colleagues to Pelosi demanding the speaker take action to hold the president accountable for his taxpayer-funded student debt handout.

“Speaker Pelosi explicitly stated in July of 2021 that President Biden ‘does not have the power,’ to cancel federal student loan debt. ‘That has to be an act of Congress,'” Hice said in a press release exclusively obtained by Fox News Digital. “I’m demanding that Speaker Pelosi decisively act and stand by her previous statement – a direct repudiation of President Biden’s executive overreach yesterday.”

“President Biden is a desperate politician,” Hice said. “His plan to transfer $300 billion of debt onto the backs of hardworking American taxpayers is a politically craven stunt that makes a mockery of our Constitution and the rule of law.”

“Speaker Pelosi has a choice to make,” the Georgia Republican added. “Will she cave to the President’s shockingly illegal act or will she back up her own words by taking swift action?”

The group of nearly 100 GOP lawmakers wrote in the letter exclusively obtained by Fox News Digital that they are “concerned with the massive executive overreach” by Biden “to illegally cancel federal student loan debt.”

The lawmakers pointed to the move’s $300 billion taxpayer-funded price tag and warned the president’s plan “will drive up the cost of higher education, exacerbating the very problem President Biden pretends to address.”

“Noticeably absent from the President’s plan is any plausible legal authority to implement such a policy,” Hice and his colleagues wrote. “The legislative and executive branches each possess defined powers under the Constitution.”

“No provision of the Constitution nor any act of Congress, including the Higher Education Act, grants President Biden or the Secretary of Education the authority that they falsely claim to wield through this unilateral action,” the letter continued.

The Republicans pointed to Pelosi’s own statement from July 2021, saying “thankfully” the speaker “expressed her agreement” with the GOP when she warned Biden did not have the constitutional authority to cancel student debt.

“People think that the President of the United States has the power for debt forgiveness, he does not,” Pelosi said. “He can postpone, he can delay, but he does not have that power. That has to be an act of Congress.”

“Although we may disagree on many things, your statement in July 2021 was correct,” the Republicans wrote. “President Biden’s student loan giveaway is unconstitutional and illegal.”

“Given your previously stated position and your leadership role as Speaker of the House, it is imperative that you act immediately in defense of our Constitution and the powers of the legislative branch,” they continued.

The Republicans asked if Pelosi would “commit to supporting” her previous statement “with definitive action to stand up to this blatant overreach President Biden is enacting,” further noting the president’s “move transcends the policies surrounding student loans.”

“This is an illegal act by a President desperate for a political win,” Hice and his Republican colleagues concluded the letter. “We hope you will heed your own words and act to defend the Constitution and rule of law.”

Pelosi’s office did not immediately respond to Fox News Digital’s request for comment.

Washington has been abuzz with bipartisan furor since Biden announced his taxpayer-funded $500,000,000,000 student loan handout on Wednesday. Initially, the cost estimate was $300 billion, but the Committee for a Responsible Federal Budget (CRFB) adjusted the number in a new analysis.

Since the announcement, the White House has been deafeningly silent on how Biden’s decision to cancel between $10,000 to $20,000 in student debt for some Americans will be paid over the long run and whether it will drive tax bills higher even for average Americans.

Fox News Digital asked the administration about a new analysis from the National Taxpayers Union Foundation estimating that the student loan handout will cost the average U.S. taxpayer more than $2,000. The fiscally conservative think tank, in particular, says the federal government will need to figure out a way in the future to make up for the forgiven loans, whether it be spending cuts or tax hikes. Much of it, the group predicts, will be via the latter.

The White House did not respond to questions about the report or if it was eyeing future tax hikes to make up for Biden’s student loan handout.