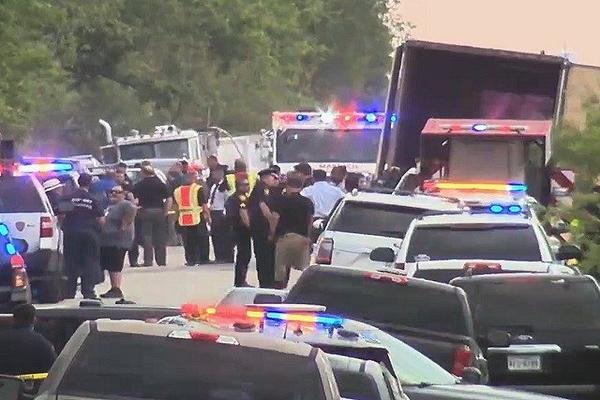 (breitbart) – Chief Justice John Roberts has halted a lower court’s decision that would have lifted the Center for Disease Control and Prevention’s (CDC) Title 42 public health authority at the United States-Mexico border in days, used to stem waves of illegal immigration.

Last month, a federal judge struck down Title 42 — the CDC authority first imposed by former President Trump in 2020 that allowed Border Patrol agents to quickly return illegal aliens back to their native countries after arriving at the border.

On Monday, Republican attorneys general from 19 states asked the Supreme Court to preserve Title 42 by placing a stay on the lower court’s decision. Roberts, in an announcement hours later, issued an administrative stay, keeping Title 42 in place while Biden’s Department of Justice (DOJ) files a brief.

The stay means that enforcement of Title 42 could remain in effect at the border while the issue is pending appeal in federal court.

As Breitbart News recently reported, thousands of migrants had been waiting in Mexico to rush the border when Title 42 was supposed to end. As part of the plan to deal with a record level of illegal immigration, El Paso, Texas, officials had asked Biden to open Fort Bliss as a migration intake center.

Without Title 42, Biden officials previously admitted, up to half a million border crossers and illegal aliens — the equivalent of the population of Atlanta, Georgia — could arrive at the border every month.

Rep. Andy Biggs (R-AZ) told Breitbart News in April that he expects 30,000 border crossers and illegal aliens every day at the border without Title 42. In Tijuana, Mexico, alone, Breitbart News exclusively reported months ago that up to 6,000 foreign nationals were waiting to rush the border when Title 42 ends.

The case is Arizona v. Mayorkas, No. 22A544 in the Supreme Court of the United States.