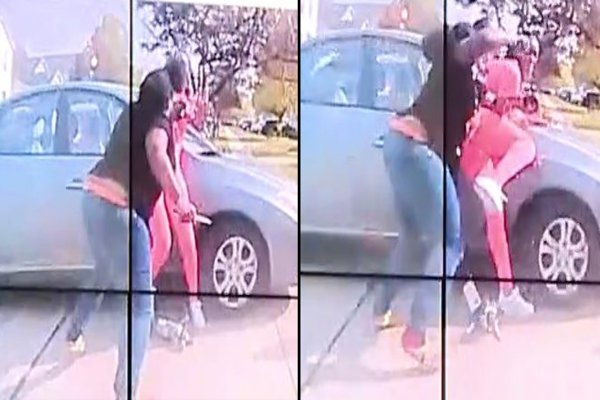 (informationliberation) – Bodycam footage rushed out by Columbus police on Tuesday shows 16-year-old Ma’Khia Bryant was shot and killed by an officer after attempting to stab a woman with a knife and was not shot and killed just for being black as rumors on social media claimed.

Reports indicate the victims, not Bryant, called police for help because she was “trying to stab them.”

Police shot and killed a teenage girl Tuesday afternoon in Columbus just as the verdict was being announced in the trial for the killing of George Floyd.

Police showed bodycam footage Tuesday night at a news conference of the officer shooting the girl, who was Black, as she appeared to attempt to stab two people with a knife.

A black-handled blade resembling a kitchen knife or steak knife appeared to be lying on the sidewalk next to her immediately after she was shot and fell.

[…] Officers had responded to an attempted stabbing call when police shot the girl at about 4:45 p.m., police said. The 911 caller reported a female was trying to stab them before hanging up, they said.

Should Black Twitter really be in charge of our government?