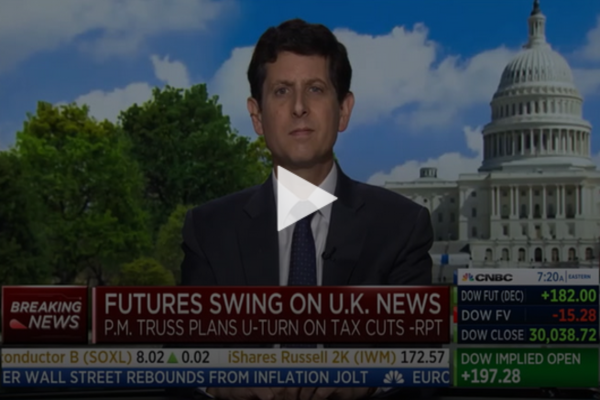 (breitbart) – On Friday’s broadcast of CNBC’s “Squawk Box,” CBO Director Phillip Swagel stated that “the fiscal trajectory in the U.S. is not sustainable right now.” But the U.S. does have time to act to fix this.

CNBC Senior Economics Reporter Steve Liesman asked, “Phil, economists use this sort of — I don’t know if it’s a euphemism or what, but putting the fiscal position on a sustainable path. When we put up that chart of the trajectory of deficits as a percentage of GDP and we look at what’s happening in the UK when the prime minister comes forward and says, we’re going to do additional deficit spending, even if it’s not that much, then the bond market freaks out. Can you say that U.S. finances are on a sustainable path?”

Swagel responded, “So, we know the fiscal trajectory in the U.S. is not sustainable right now. Something has to be done. The good news is that we have time, right? So, in some sense, we look at the UK and — we’ll see what they announce later today — but we look at them and we see the effect of sentiment. Sentiment can change and that, as I said, feeds through to interest rates and can hit us pretty quickly. We seem to be in a good position now, in the sense that we have time to make adjustments. We have to make them. We don’t have to make them at this moment.”