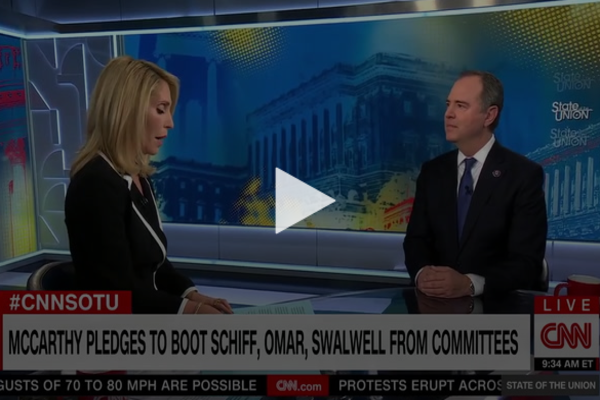 (breitbart) – Representative Adam Schiff (D-CA) said Sunday on CNN’s “State of the Union” that he would have to consider the validity of and House Republicans’ subpoena before complying with it.

Anchor Dana Bash said, “The incoming oversight chair, James Comer, told Punchbowl News in an interview, ‘I don’t believe congressional investigations have a whole lot of credibility now. I blame Adam Schiff for that, but it’s also both parties to blame for investigations in the past. I want to change that.’ What’s your response?”

Bash said, “We’re out of time but I  have to ask. If you are subpoenaed by Republicans when they take over, will you comply?”

Schiff  said, “We’ll have to consider the validity of the subpoena. I would certainly view my obligation, the administration’s obligation to follow the law and the fact that they have disrespected the law is not a precedent I would hope that would be broadly followed. We’ll have to look at the the legitimacy or lack of legitimacy of what they do.”