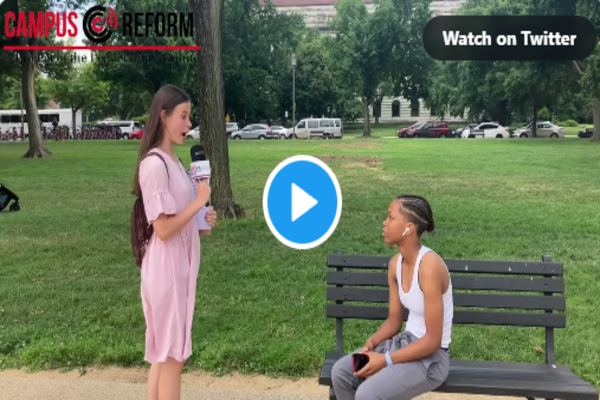 (breitbart) – Young Americans who said they enjoy cookouts and watching fireworks with friends and family on the Fourth of July nevertheless pledged not to celebrate Independence Day “out of respect to indigenous people groups,” in a video released by Campus Reform.

“I don’t like the rah-rah, and the flags, and the patriotism, and the independence part, but I do enjoy the fact that there are fireworks,” one person told Campus Reform’s Emily Fowler.

Fowler went to the National Mall to conduct a social experiment to test if anyone would pledge not to celebrate the Fourth of July when pressed on respecting “indigenous people.”

“Independence Day kind of celebrates our country’s founding, right? And when America was founded, unfortunately, a lot of indigenous people groups were thrown out of their homes. Do you think it’s respectful to celebrate Fourth of July in light of that?” Fowler asked.

After being asked if it is “disrespectful to indigenous people groups to celebrate the Fourth,” another person answered, “In a way, yes.”

“Would you sign a pledge to not celebrate the Fourth out of respect to indigenous people groups?” Fowler asked, to which one person said, “I would be willing to sign that, yes.”

The individual — who previously admitted to enjoying watching fireworks on Independence Day — then signed the pledge and told her friend, “And we are not going to watch the fireworks,” to which her friend replied, “Okay.”