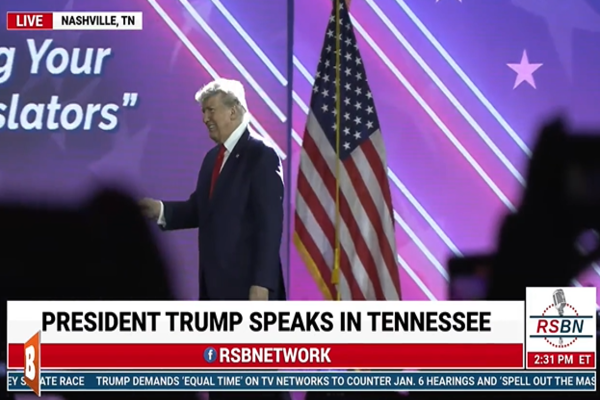 (breitbart) – Former President Donald Trump will be speaking at the Faith and Freedom Coalition: Road to Majority Conference in Nashville, Tennessee, on Friday.

The Faith and Freedom Coalition is a political advocacy group nonprofit group that describes itself on its website as being “committed to educating, equipping, and mobilizing people of faith and like-minded individuals to be effective citizens.”

“Together we will influence public policy and enact legislation that strengthens families, promotes time-honored values, protects the dignity of life and marriage, lowers the tax burden on small business and families, and requires government to tighten its belt and live within its means.”

Other notable speakers at the conference include: