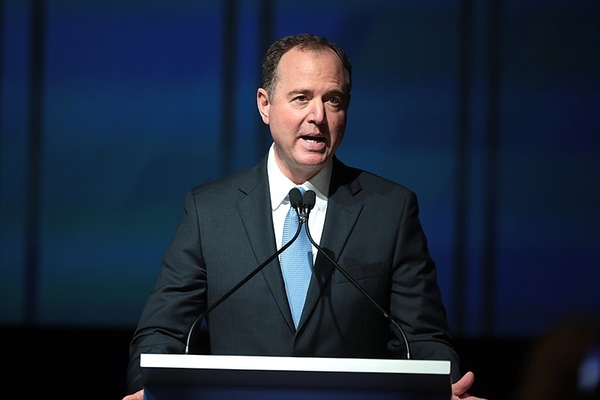 (breitbart) – House Intelligence Committee Chairman Adam Schiff (D-CA) tweeted on Wednesday that he did not care how the draft of the Supreme Court opinion on Roe v. Wade leaked — despite it being an unprecedented breach in the Supreme Court’s modern history.

“I don’t care how the draft leaked. That’s a sideshow,” he tweeted, in remarks reminiscent of his efforts to protect the identity of the leaker of former President Donald Trump’s classified call with the Ukrainian president.

“What I care about is that a small number of conservative justices, who lied about their plans to the Senate, intend to deprive millions of women of reproductive care. Codifying Roe isn’t enough. We must expand the court,” he tweeted.

Schiff, during Trump’s impeachment hearings, sought to interfere with Republicans’ questioning when it came to the identity of the leaker. The leakers’ lawyers also argued that his identity is “irrelevant.”

Schiff’s tweet came as speculation ramped up over the identity of the Supreme Court draft opinion leaker. Several names have begun floating on social media, including clerks of liberal judges.

Democrats are using the leaked draft to galvanize Democrat voters in the upcoming midterm elections amid flagging support for President Joe Biden.

Some Democrats are using it to fearmonger, such as Rep. Eric Swalwell (D-CA), another member of the Intelligence Committee, who argued that Republicans would try to ban “interracial marriage” next.