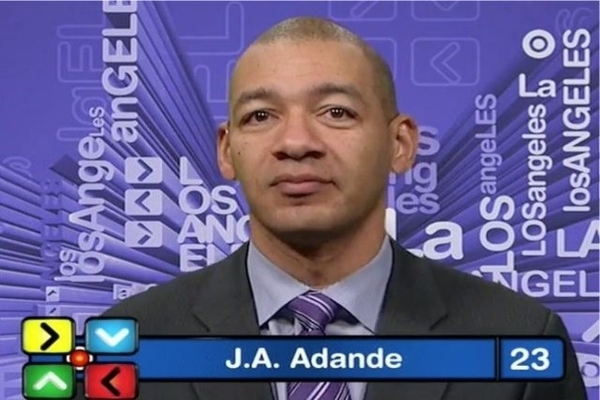 (breitbart) – ESPN guest analyst JA Adande pushed back on concerns over human rights in China by saying that the United States cannot criticize the communist nation because red states assault the “voting rights” of people of color in America.

On Friday’s episode of Around the Horn, host Tony Reali asked Adande how he, as a reporter and a journalist, can reconcile watching the Olympic opening ceremonies while knowing about the genocide China is perpetrating against its minority Muslim Uyghur population.

Adande, who is the president of sports journalism at Northwestern University’s Medill School of Journalism, responded with an attack on the United States.

“I think it’s standard in sports right now- you have to have a cognitive dissonance. You need to compartmentalize,” Adande said. “We’ve never had a more enjoyable NFL Playoffs in this country, and we’ve never had more people watching the playoffs, and yet it goes on amid the ongoing allegations against Dan Snyder, owner of the Washington Football Team, and, you know, the continuous concussion concerns, and now the concerns about diversity in the allegations and questions about competitive integrity even, all of that, and yet we’re still enjoying the games.”

“And who are we to criticize China’s human rights records when we have ongoing attacks by the agents of the state against unarmed citizens, and we’ve got assaults on the voting rights of our people of color in various states in this country. So sports – I think it is possible, and it’s necessary more than ever to just shut everything out if you are to enjoy the actual games themselves,” Adande concluded.

Reali, though he said he “appreciated” Adande’s comments, queried Adande further by asking specifically how sports can obscure or “conquer” the fact that a notorious human rights abuser such as China was selected to host the Games.

“Well, again, where can you choose that’s free?” Adande said. “And look at some of the other recent hosts of the games, including Russia and some other recent places. It’s very hard to find a country that isn’t problematic when it comes to human rights, including here.”

So, in the view of Adande, not only are voting rights in the U.S. so porous he can equate them to genocide and slave labor, but there apparently also aren’t any countries in the world that are “free.”

The only thing more horrifying than Adande’s worldview is that he is a high-ranking educator at one of the most prestigious journalism schools in the country. Moreover, there has not been a documented case of a legally eligible American voter –  of any color – being denied the ability to vote in recent memory. As for freedom, the fact that someone as idiotic as Adande gets rewarded with fame and fortune for trashing the country that gives him the right to trash it sounds pretty free.